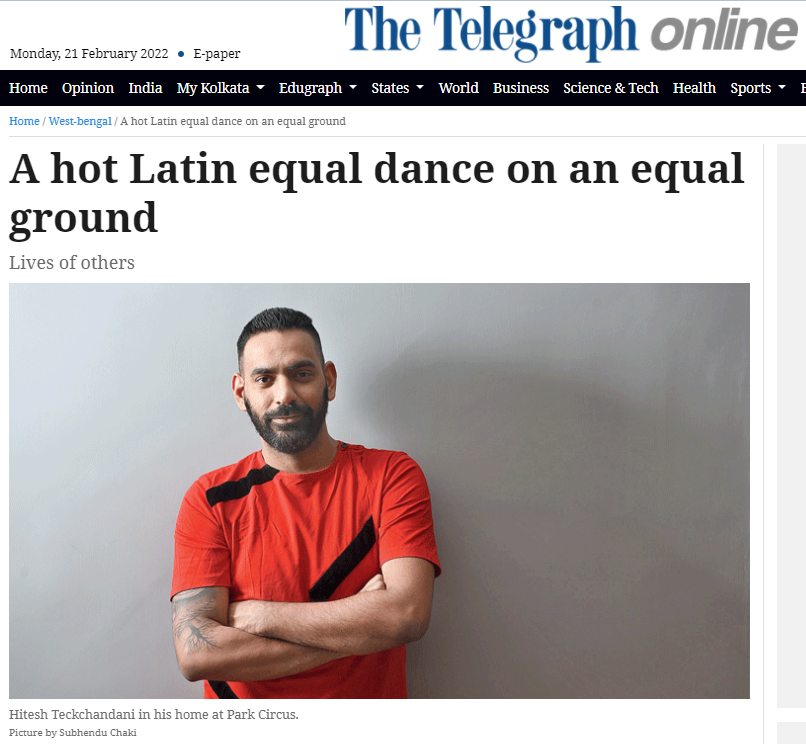 When Hitesh Tekchandani aka the Salsawala came to our office in 2009, no one could think that this will be the start of such a success story. It was a rather unusual wish which was uttered: he wanted to follow his heart to study dance in the UK. It was not easy convincing his family, as after a degree in BCom he was expected to build a career in business. With his determination he broke all conformity and decided to indulge in his passion by pursuing a degree in dance. With support of his mother he realised his dreams, studied a BA in Dance at the University of Surrey, UK, and returned to Kolkata to share his fascination with others. […] 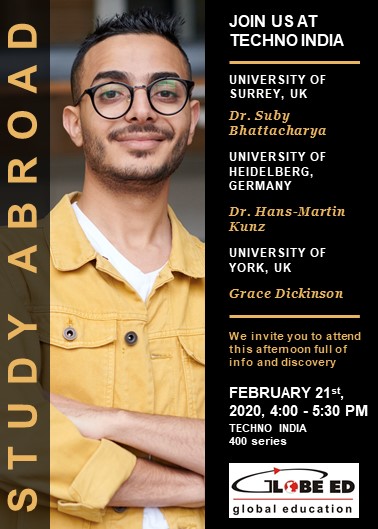 We, Globe Ed, are coming to your college with an exciting opportunity to learn about study and work in the UK and Germany. You will be listening to academic representatives talk and will also have the chance to ask questions. So join us for an interactive session full of information and discovery. Program details: 1. Brief introduction to Globe Ed 2. Dr. Hans-Martin KunzFormer ProfessorHeidelberg University, GermanyTalk: on the education system and opportunities in Germany 3. Professor S. BhattacharyaHead of Civil Engineering DepartmentUniversity of Surrey, UKTalk (via video): on the courses and opportunities in the field of civil engineering 4. Q&A We are looking forward to meeting you all.